‘Black Adam’ Perfectly Adapts the Character and Reinvigorates the DCEU

One of DC Comics best movies ever, ‘Black Adam’ is action-packed fun from beginning to end led by a commanding performance from Dwayne Johnson.

DC Comics attempt at replicating the success of the Marvel Cinematic Universe with the DC Extended Universe has had some missteps. For every ‘Wonder Woman’ or ‘Aquaman,’ there has been a ‘Suicide Squad’ or ‘Justice League.’

But that will all change on October 21st when ‘Black Adam’ which stars Dwayne Johnson and was directed by Jaume Collet-Serra (‘Jungle Cruise’) hits theaters. The new movie brilliantly adapts the source material without ever watering down the brutality of the character and absolutely elevates the DCEU in the process.

In the new movie, Johnson plays Teth-Adam, a slave from the ancient city of Kahndaq who is given powers by the Wizard Shazam (Djimon Hounsou reprising his role from ‘Shazam!’) transforming him into the anti-hero Black Adam. But after saving his people he is imprisoned for five thousand years and is finally released in present day by university professor and Kahndaq resistance fighter Adrianna Tomaz (Sarah Shahi).

Black Adam soon attracts the attention of U.S. Government Agent Amanda Waller (Viola Davis), who dispatches the Justice Society of America to take Black Adam down before he becomes a threat. But once Hawkman (Aldis Hodge), Dr. Fate (Pierce Brosnan), Cyclone (Quintessa Swindell), and Atom Smasher (Noah Centineo) arrive in Kahndaq, Adam does not take well to their warning. 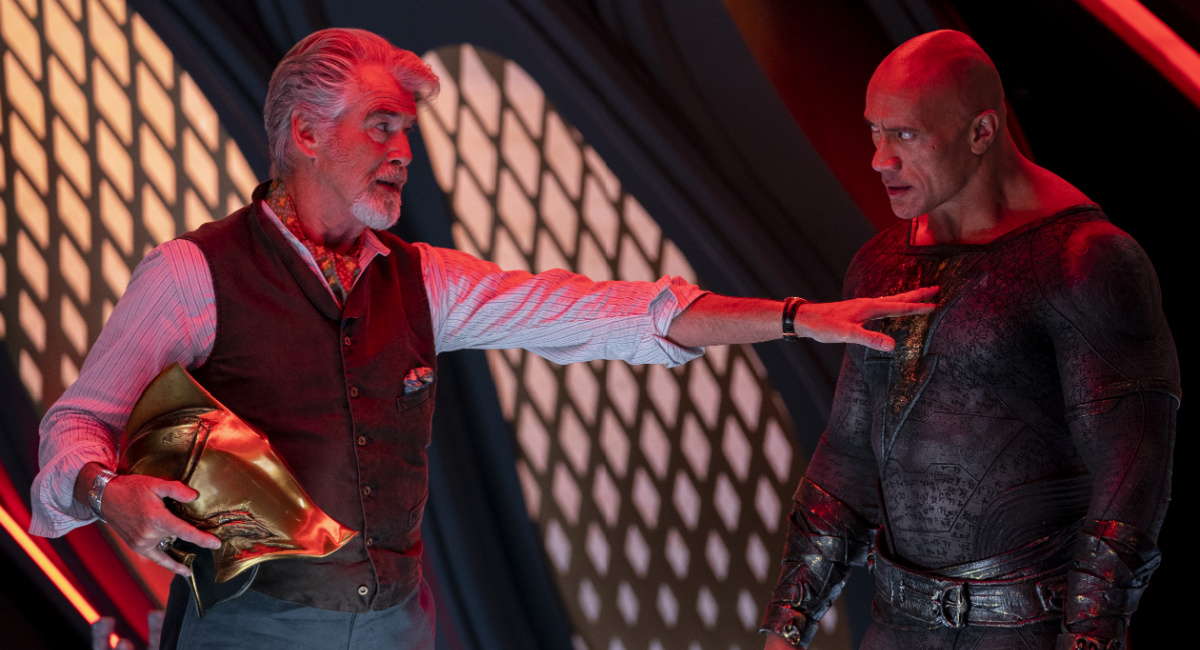 But when the leader of a terrorist organization known as Intergang seizes control of the ancient demon Sabbac, Adrianna must convince Black Adam and the Justice Society to put their differences aside and fight together as a team to save the world.

It was only a matter of time before Dwayne Johnson starred in a live-action super hero movie, and I’m sure he has been offered other super hero roles to play over the years. In fact, rumor is he was given the choice between playing Shazam or Black Adam and chose the latter. That always seemed like an odd choice to me as Black Adam is Shazam’s archenemy in the comics, and Johnson is such a huge star and likable person, you’d think he’d want to play the hero?

My biggest fear was that because Johnson was cast in the role, Black Adam would be made into a more heroic character, like we’ve seen with the ‘Venom’ movies. However, as DC Comics fans know, there was a brief arc in the late 90s and early 2000s where Black Adam did become a hero and joined the Justice Society. Even very recently in the comics, he had become good again and joined the ranks of the Justice League, so at least the idea of making him an anti-hero is not too far off from the source material.

Director Jaume Collet-Serra skillfully pulls off the balancing act of having Black Adam be both the hero and villain at the same time. Adam’s origin story unfolds mysteriously throughout the film in flashbacks allowing the audience to learn about him as the other characters do. He is depicted as violent and brutal, but he also believes in justice and is willing to do anything to protect those that he loves, just like in the comics. 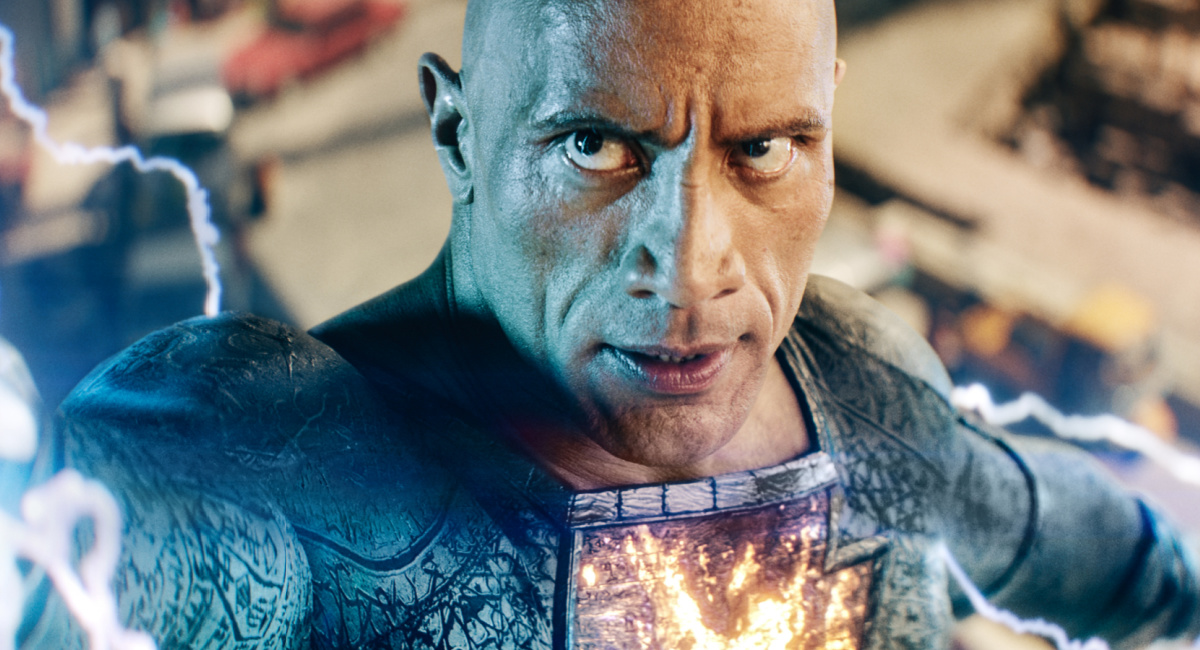 While Johnson plays the character more of a misguided hero than the true villain he is in the comics, the actor gives one of his best performances and is truly the only actor alive that could have pulled off this role physically. Just one look at him and you know he is a real threat for the Justice Society.

The movie also reinforces the idea that the DCEU is still alive and well. While it’s no longer the dark “Snyderverse” that director Zach Snyder created with his trilogy (‘Man of Steel,’ ‘Batman v Superman,’ ‘Justice League’), those characters and events still exist. One of the early criticisms I’ve heard about the movie is that Collet-Serra tries too hard to recreate Snyder’s signature slow-motion fight scenes, and I actually didn’t see it that way.

Yes, Collet-Serra does use slow-motion quite a bit, but I would compare it more to the use of slow-motion in the Quicksilver scenes from ‘X-Men: Days of Future Past.’ The slow-motion is not used for arbitrary reasons, but rather to highlight how fast Black Adam is moving, Dr. Fate’s magic, or how powerful Cyclone’s tornados are. I liked the use of slow-motion and thought it added to the action rather than distracting. Kudos to the editing team of John Lee and Michael L. Sale, who make all the action sequences pop. 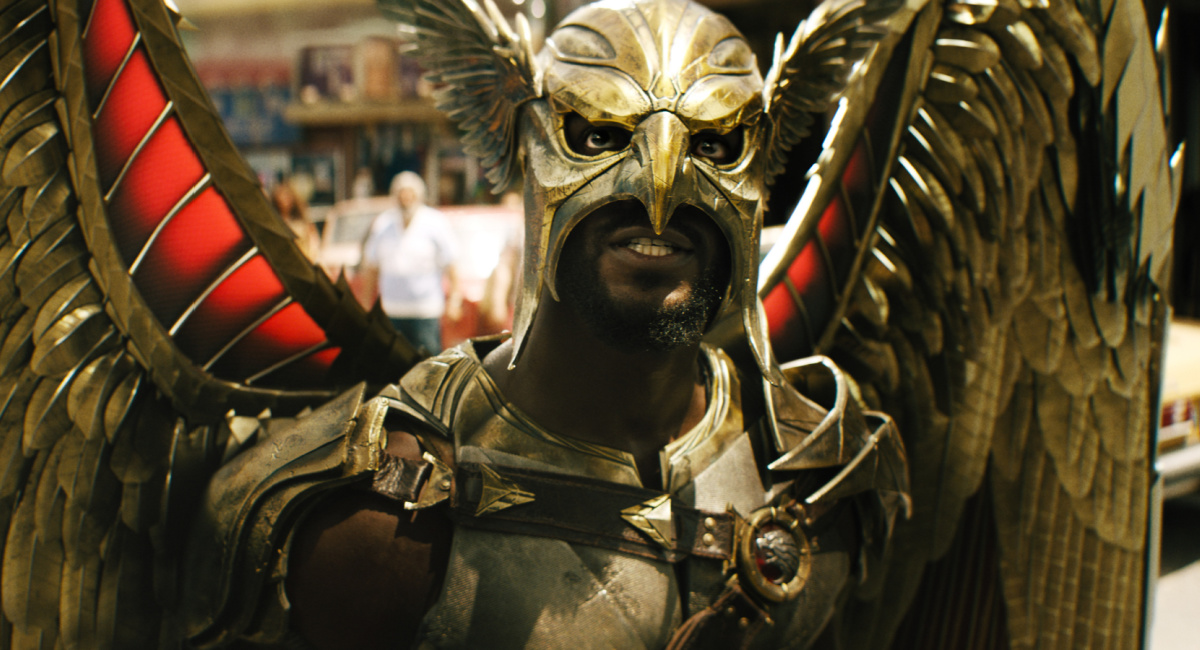 The Justice Society is a great added attraction for DC fans but having them work for Amanda Waller felt a bit off. We last saw her own team stage a rebellion against her in ‘The Suicide Squad’ and it doesn’t make a lot of sense that the JSA is now taking orders from her, but it doesn’t really affect the plot, although sending Task Force-X, especially after the events of ‘Peacemaker,’ would have made more sense.

Aldis Hodge is very strong as Hawkman and brings the stubbornness of the character from the comics. Pierce Brosnan was also a wonderful casting choice and has the right level of likability and gravitas for the role. Quintessa Swindell is a nice addition as Cyclone, but much of her backstory seemed cut from the film and unfortunately, she did not have a lot to do. The same could be said for Noah Centineo as Atom Smasher, who is probably the weakest link in the cast, and isn’t given enough screen time to make an impact.

Rounding out the cast is also a very good performance from Sarah Shahi as Adrianna Tomaz, who is the only person that can truly get through to Black Adam. The actress has very good chemistry with Johnson, and perhaps will be back in sequels as her comic book super hero alter-ego, Isis.

I will say that there is a mid-credit scene that you will not want to miss which welcomes back a former DCEU actor and character. I don’t want to give it away, even though Johnson basically has while promoting the movie, but I will say that it promises an epic fight in the future of the franchise that is very exciting for DC fans. 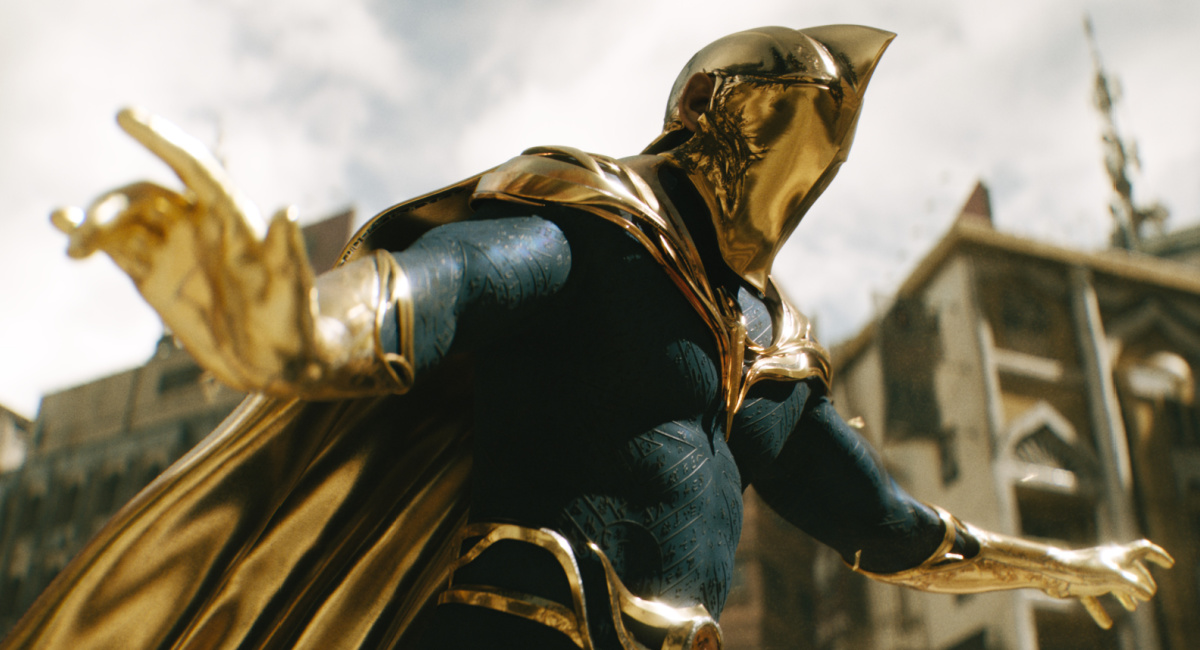 At the end of the day, ‘Black Adam’ pulls it off and delivers what it promised, a no-holds-barred approach to the popular DC character. While tweaking with the tone at times, the movie does stay true to the source material, and features a commanding star-turn from Dwayne Johnson. Watch out Marvel … DC is back! 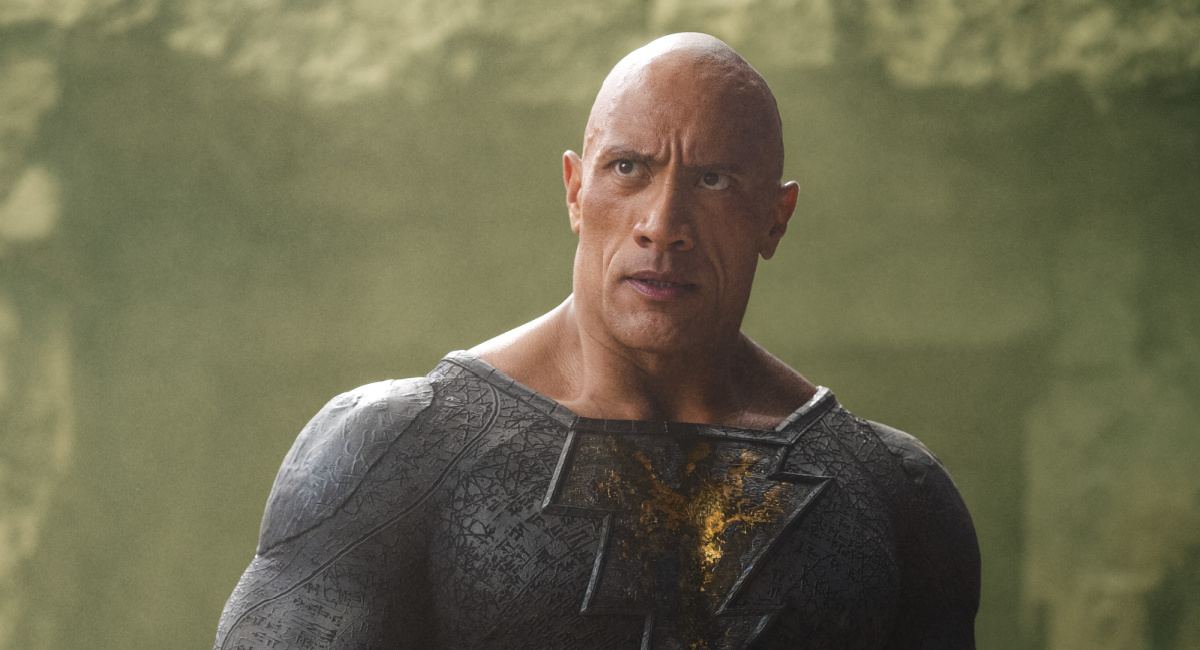