Opening in theaters on November 11th is Marvel Studio’s follow up to the Oscar-nominated ‘Black Panther,’ which is entitled ‘Black Panther: Wakanda Forever’ and was once again directed by Ryan Coogler.

The new sequel follows the leaders of the kingdom of Wakanda as they fight to protect their nation from invading forces in the wake of King T’Challa’s (Chadwick Boseman) death, as a new threat emerges from the hidden undersea nation of Talokan ruled by Namor (Tenoch Huerta).

Moviefone recently had the pleasure of speaking with director Ryan Coogler and actress Danai Gurira about their work on ‘Black Panther: Wakanda Forever,’ what audiences can expect, the challenges of making the sequel, the death of Chadwick Boseman, how Okoye is dealing with the loss of T’Challa, and what it meant to Gurira to be part of this beloved franchise. 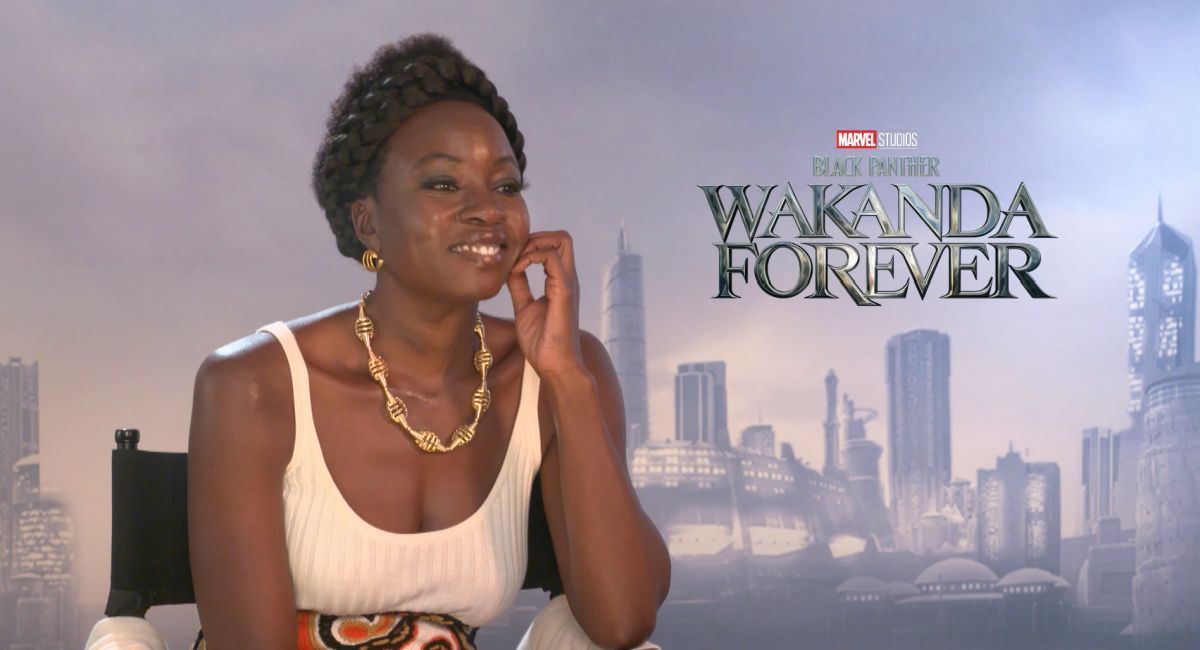 You can read our full interview below or click on the video player above to watch our interviews with Coogler, Gurira, Mabel Cadena, and Alex Livinalli.

MF: Danai, Okoye has been through so much since the first movie. She survived the Blip, battled Thanos, and now has lost her King again. Can you talk about where Okoye is mentally and emotionally when this movie begins?

They’re dealing with new threats, folks coming in, trying to steal things. So, there’s a lot that she has to stay very focused on, and I don’t think she’s taking the time. But I don’t think her or most of the people in the film have taken the time to process their grief.

MF: The movie is a very loving tribute to Chadwick Boseman, can you talk about how the emotions the characters are experiencing in the movie parallel how you all felt about the real-life loss of your friend?

DG: I mean, everything was dedicated to his honor. As Ryan said when he first told us we were doing it again, and that we were doing the second one without Chadwick, that clarity that “This is what he would’ve wanted” was very clear to him, and then it became very clear to us.

So, that was really the journey in there for us and the way that we were anchored was knowing that. So, Ryan was very amazing helping us navigate the story with that knowledge in the forefront. What he put together in terms of what the story had allowed us to feel a grounding, to feel grounded despite the fact that it was a very difficult time in terms of our own grief process. 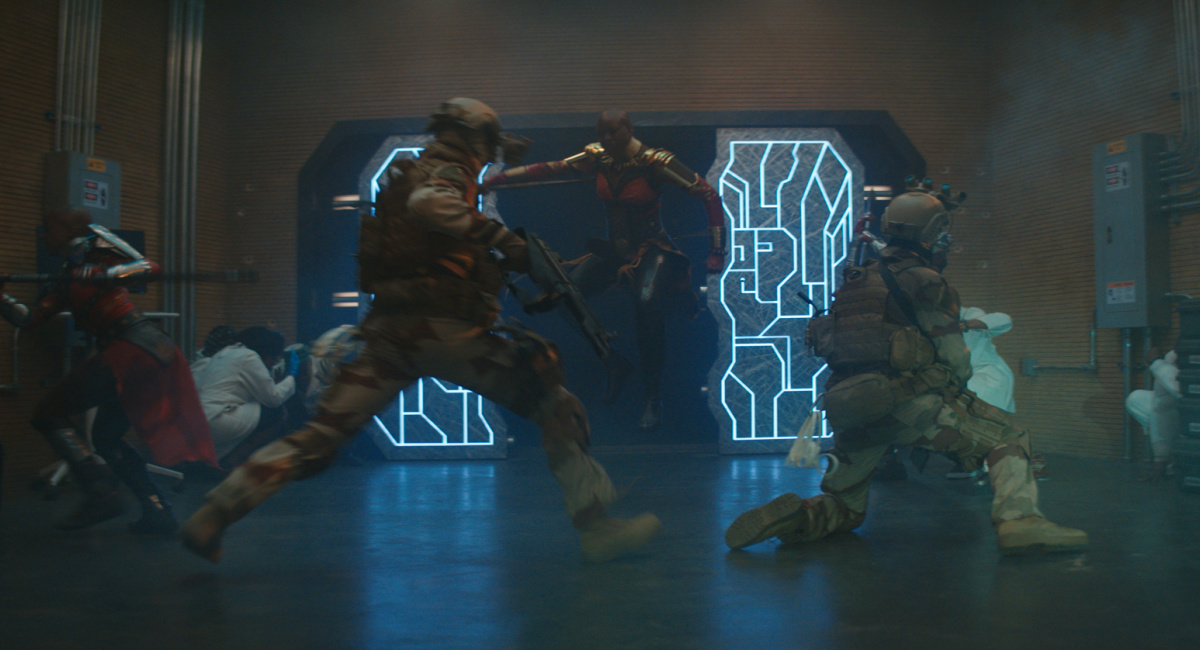 MF: What has it meant to you to be a part of this franchise, that is so beloved by so many people, and get to play this character over the course of these films?

DG: It’s meant a great deal. I grew up definitely not seeing this sort of narrative told, and wondering why? I always was that kid who was like, “It didn’t make sense to me.” You know what I mean? There’re some folks who are like, “Oh, that’s just the way it is.” I was like, “No, no, no. It makes no sense.”

There’s no reason that people of different ethnicities or of African descent are not seen on epic scales on screen, like white people are. There’s just no reason. That was something that always annoyed me, and I did not accept it as just the way things were. I’m just excited. I was just excited it came to existence. The fact that I got to be a part of it on top of that just feels like a crazy blessing.

MF: What was it like working with Ryan Coogler again on this movie and watching him execute his vision for this specific sequel?

DG: It was pretty incredible. There was no easy task. There was nothing easy about making this film. There was absolutely nothing easy about it, and he had to hold on very tightly to a vision and to the clarity therein, and we had to really be anchored by him. He was an anchoring force in that regard and guided the process in a way that and was very helpful to us.

There are times I didn’t understand. In the very beginning, I didn’t understand what was going on with me. He’s like, “You’re going through grief. That’s grief.” I was like, “Oh crap. That is what this is.” There are times you can’t even isolate what you’re dealing with until someone helps you see it and helps you understand the journey you need to take. I think in some ways that was paralleling my character. 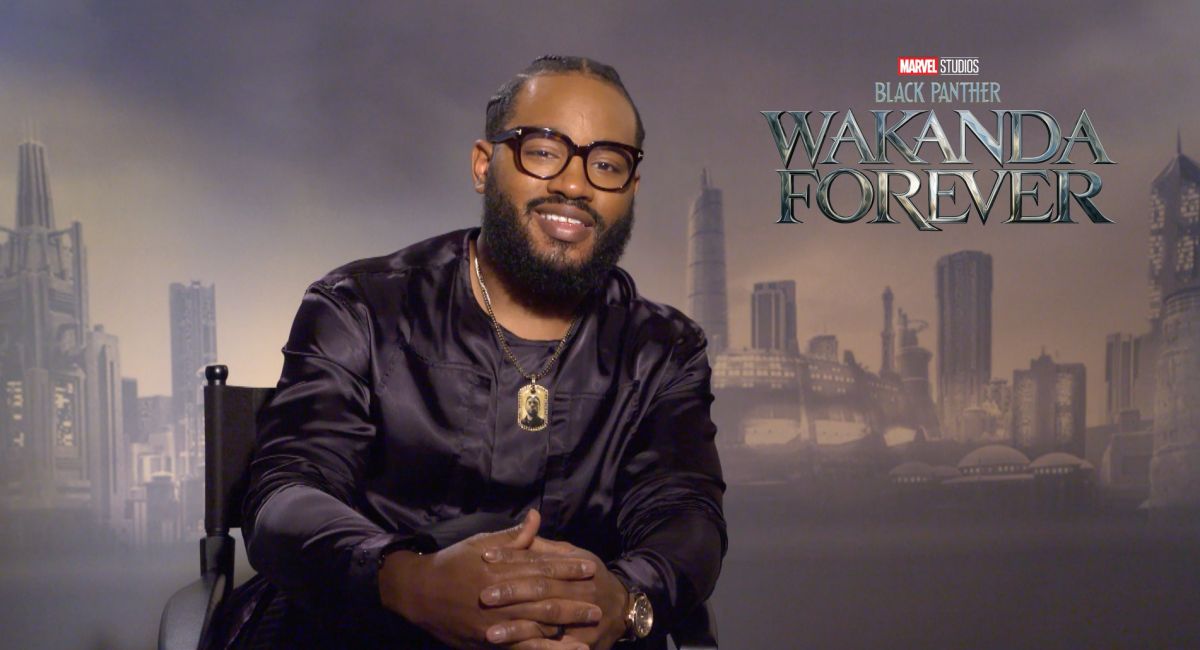 Moviefone: Ryan, what would you say to fans who have been looking forward to this sequel as they get ready to sit down and watch it?

Ryan Coogler: Honestly, I would say thank you for showing up, and then I would let the film speak for itself.

MF: Can you talk about the challenges as a director of making this sequel, and how the tragic death of Chadwick Boseman changed your plans for the movie?

RC: I would go backwards, and first talk about the challenges not specific to our personal and professional loss and the tragedy that was his passing. The movie’s big. It has a lot of locations and a lot of things that I had never done before. There’re seven languages spoken in the film, oftentimes by actors who aren’t fluent in the language that they’re speaking. I’m a monolingual person myself, you know what I’m saying?

So, it was a complicated process to direct those languages that I don’t speak. We wanted to do things sonically in the film that hadn’t really been done before, specifically around vocal work and music. We had to do set building and costume design, and lighting design that worked for sets that were amphibious, sets that worked dry, sets that worked wet, sets that could go from dry to wet on camera.

We had a whole regimen of free diving and water stunts that all of our main actors and all our main supporting actors had to do. Everybody had to get in the water at least 10 feet down most times. Some of our actors had never swam before, and that was something that we had to overcome together. As a director, I was not comfortable in the water like that before this movie. I had to get comfortable, so I could direct it.

So, it was a lot of challenges overall, not to mention the challenges that Joe (Robert Cole) and I had to deal with in terms of writing this thing. But the challenge of losing our lead actor, friend and leader was unique, and at times felt insurmountable. But quickly, once we wrapped our heads around it, we were motivated to make something that could continue on his personal legacy. 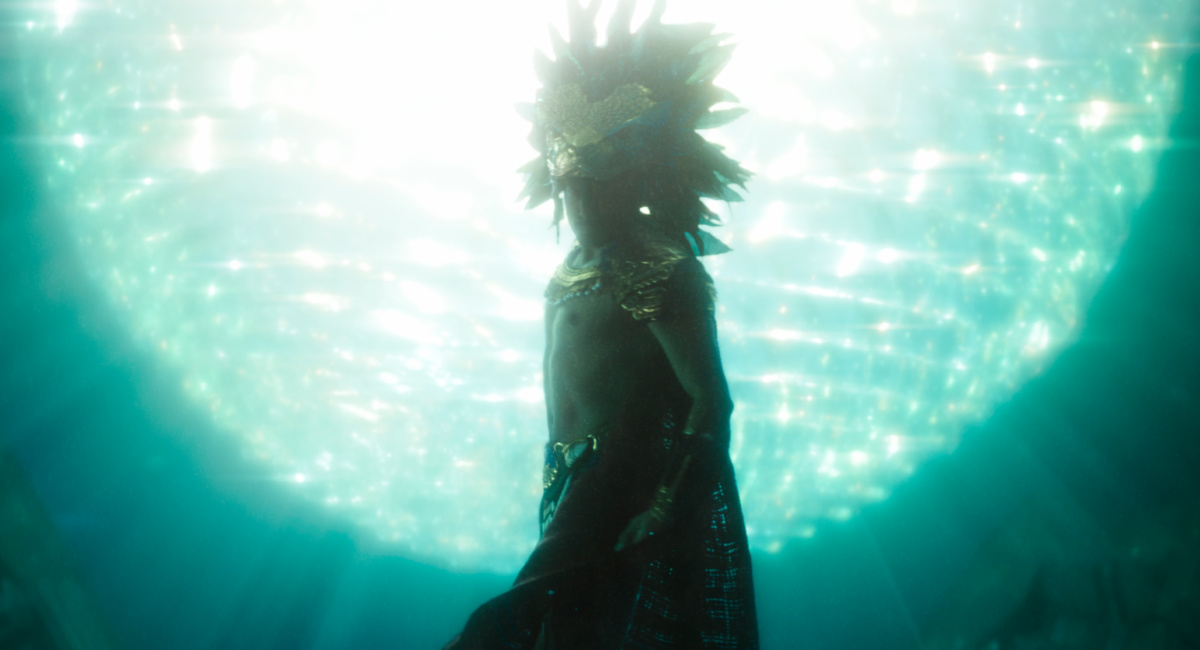 MF: Finally, can you talk about the choice to introduce Namor and Ironheart to the MCU with this movie, and the casting process for those roles?

RC: I feel blessed to be able to do it as a filmmaker. What’s great about Ironheart is, I got to work with an actor who’s style I was very familiar with in Dominique Thorne. She auditioned earlier on for Shuri, so I met her through that audition process and she was very young, but incredibly talented. I knew she was going places even though it didn’t work out for that role.

I got to work with her again in a producer capacity, where the production company that I founded was able to produce for Shaka King, ‘Judas and the Black Messiah.’ Shaka cast Dominique in that, so we got to work together in that capacity. I got to see her do some incredible work as Judy Harmon in that film, and she got cast in another friend and colleague of mine, Barry Jenkins’ film (‘If Beale Street Could Talk’). She had some great scene work in that.

So, when the opportunity came for us to cast Ironheart, I kind of had Dominique in mind already, knowing what she could do, and knowing how she had grown as an actress and as a young woman. So, I was happy to make that happen. We are also wrapping up production on our Disney+ series (‘Ironheart’) that my company Proximity Media is helping Marvel Studios produce, so I’m super excited about that. I feel honored to bring a character with that incredible history in publishing to life cinematically.

With Namor, what a gift to a filmmaker to have the opportunity to bring Namor to the big screen after nearly a century of history and publishing, and just no representation of him either in film or television. So, it was with great pleasure and tenacity that I wanted to make sure we represented Namor in the right way, but in a way that could exist inside of a ‘Black Panther’ film. 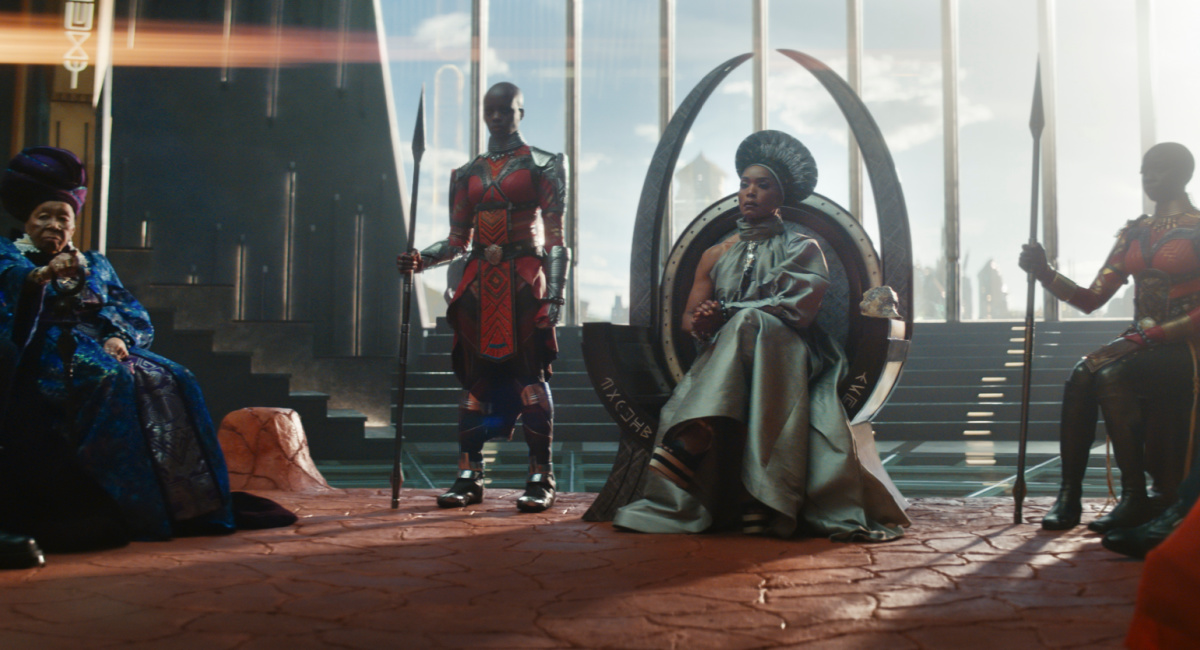 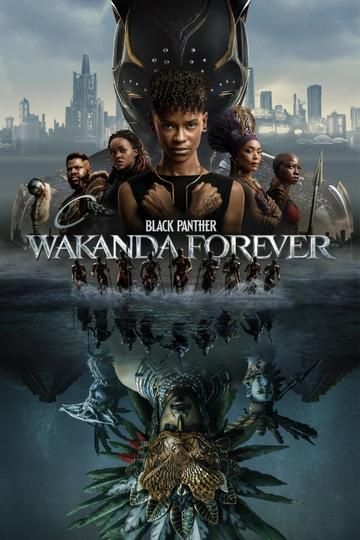 ‘Black Adam’ Perfectly Adapts the Character and Reinvigorates the DCEU